I’ve seen others write posts like this, and I think it’s always fun to know the story behind the names that are chosen for their kids.

Savannah River
Savannah – We visited Savannah, Georgia a few months before we got pregnant. We were there for almost a week and had an absolutely lovely time – it very quickly became my Favorite City Ever. While there, I started thinking about Savannah as a girl’s name. I thought it was beautiful, elegant, and delightfully Southern. I loved how the S’s and A’s all flowed together and made the name a pretty picture. (I base a lot of how I feel about a name on the forms of the letters and how the name looks written. It’s hard to explain, but I fill it in with pictures in my mind. That’s how I can like a name like Teresa, but not as much Theresa.) When we found out we were having a girl, the name Savannah just seemed beautiful to me. (Note: we’ve been asked if she was conceived in Savannah. The answer would be no! And I think it’s a weird question to ask someone.)

River – Paul had been advocating the name River for a girl even before we got married. It very slowly grew on me, but around the time that we were choosing a name I still wasn’t sold enough to make it her first name. I decided a middle name was fine, and so we set about finding a good first name for River. Of all the first names we considered, I liked “Savannah River” the best. I love the name River now, and I especially love the unintentional nod to Firefly.

Savannah’s verse – “He tends His flock like a shepherd: He gathers the lambs in His arms and carries them close to His heart; He gently leads those that have young.” Isaiah 40:11 (NIV)

Savannah’s song – I felt bad that Caroline had a song and Savannah didn’t, so I found this one for her.

Caroline Serenity
Caroline – We wanted a name that went with “Savannah”; specifically, a traditional Southern name. There are many beautiful names, and Caroline was an early favorite. My grandmother’s middle name is Caroline, and I thought that was a neat way to honor her. Her mother (my great-grandmother) also had a middle name of Caroline, and when I looked through our family tree I noticed several other instances of it as a first name. I think it’s a beautiful name.

Serenity – Serenity means “calmness, tranquility”, and we thought it was a beautiful name that we hoped would describe her personality. Oh, who are we kidding. We named her after this: 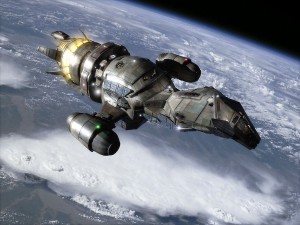 Caroline’s verse – “For this child I prayed, and the Lord has granted me my petition that I made to Him.” 1 Samuel 1:27 (ESV)

Caroline’s song – I’d never heard this song until after she was born, but now I can’t get it out of my head. I love calling her Sweet Caroline.