This weekend Paul and I drove up to Indiana to witness the wedding celebration of some dear friends, Sopeak and Zay. I knew both of them separately before they started dating, and feel like I got to witness their relationship develop and grow. I remember hanging out with the two of them in Gerig lounge, after everyone else went to bed, knowing that they probably wanted ME to go to bed too, but not wanting to leave because I enjoyed their company so much. I love having friends like that, don’t you? They have gone through quite a bit of long-distance as well, so I felt like we could connect on that level. Two years ago, at Frankie and Anna’s wedding, we found the four of us were the only ones left after everyone else had gone home. For all of us, it was a rare weekend of being with our significant others, and we were determined to make it last as long as we could. Fun times, fun times. :-)

We left after work on Thursday, and made it about an hour south of Indy before we stopped at a motel for the night. I was really looking forward to sharing a hotel room with my hubby, but as it was I was so tired that I fell asleep almost immediately. Oh well, the bed was nice and soft. :-) We met up with Joanna for lunch, which was delightful to catch up. I haven’t really spent time with her since her wedding last year, and even then there were a lot of distractions. After lunch we then hooked up with Paul’s best friend Isaac and his girlfriend, who is also a good friend of ours. We only visited for a few hours, but it was great to see them again. Too soon, they had to go and we left to Greenwood and the rehearsal! There we saw a lot more friends: Zay and Sopeak of course, as well as all the attendants who had gone to Taylor. One of the cool things about Gerig weddings is that there are a lot of people I know. :-)

We were officially the greeters and guestbook people, but we tried to help out where we could. This included picking up the wedding cake, which was quite an adventure since it was raining! But it turned out lovely and fortunately they had a cake topped because I inadvertently messed up the icing on the top of the cake! Oops. When we got to the church the morning of the wedding, I pulled out my camera and tried as best I could to help Matt, who was the official photographer. I had just gotten my camera only two weeks before, and I was still trying to get used to it, as well as getting used to shooting a wedding which apparently is very different than shooting pictures of kitties and beagles. Who woulda known? It was fun though, and I got to hang around all morning which is of course what I really wanted. (Yeah I like being where the action is!)

The ceremony was beautiful. Zay had chosen purple as her color, and she did a great job. Her dress had a dark purple trim which matched the irises beautifully. The bridesmaids wore a lighter purple and it complemented the darker one very well! I really liked how everything looked. I also liked Sopeak’s outfit, which was traditional Cambodian – made in Cambodia! They looked really great. Better than tuxes, I’d say. :-) It was so neat to witness their marriage, and see their huge smiles afterwards! I think that’s my favorite part of weddings – when the pastor says, “I present to you Mr. and Mrs….” and the couple is beaming so much! Ah, good stuff. The reception was lovely; all decorated with flags from other countries. I was excited to find the Peruvian flag near our table. Good to see that one again. :-)

After the reception, we said goodbye then returned to Josh & Joanna’s apartment, along with David & Ann, for a night of games. We played EcoFluxx and talked and had such a great time! After David & Ann left, the four of us stayed up until the wee hours of the morning talking. I really enjoyed the time spent fellowshipping with our friends. They are such blessings to me! :-)

Sunday, we stopped in Greenwood on our way home and crashed a brunch being held for Sopeak & Zay. We could only stay for an hour, but it was nice to see everyone once more! We then started our 9 hour trip home. I actually got really sick along the way, which made it even longer, but I’m okay now! ;-)

We were talking about how great it is to see our college friends, and how we really haven’t made too many friends like them since we left Taylor. There aren’t too many people I can completely be myself with, and it’s so nice to have someone who knows you and that you have a special connection. I am so glad I went to Taylor, and so glad I had the opportunity to live in Gerig Hall. The friends we’ve made there are ones I hope to keep for a lifetime. (Hence, my desire for annual reunions.)

I put a whole bunch of pictures on my Facebook album. Here are a few of the best: 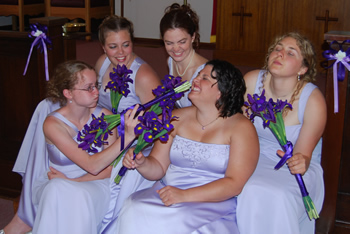 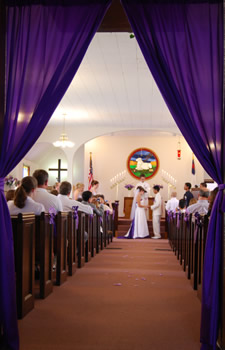 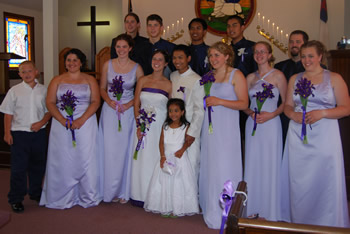 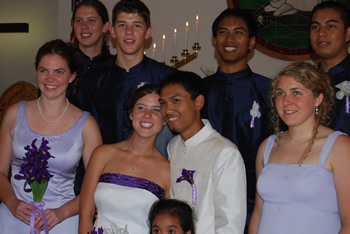 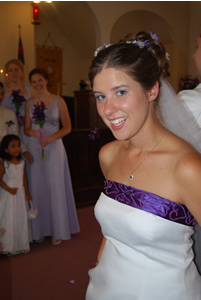 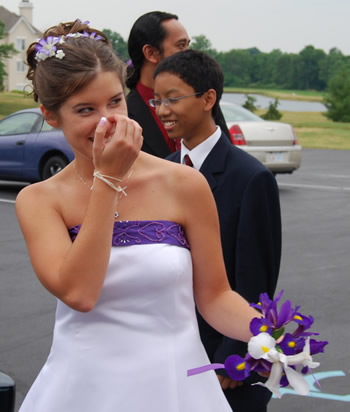 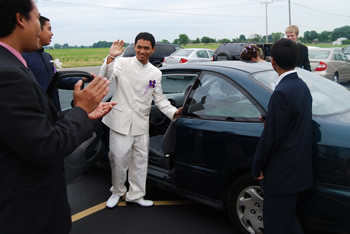