March 5th, 2002… Paul and I met downstairs in the Gerig lounge. After a long conversation, we decided to start dating… Hehe when I think back to that time, we seem so young and inexperienced! Well, we were, and in the past four years, we have learned not only a lot about relationships, but a lot about ourselves too.

Paul is an amazing guy and I feel very priviledged that he’s let me into his life. Last night, we were talking about the old Lounge days, when we would hang out all the time in the Lounge with our fellow lounge rats, doing nothing but play cards and other games. I got to know Paul in the lounge, when I was too scared to talk to boys, but he wasn’t intimidating. Being both night owls, we would try to stay up later than anyone else in the lounge so we could get some time to ourselves without it looking like we were interested in each other. Hehehe I think it was pretty obvious to everyone but ourselves that a relationship was about to start. When I told Tree that we had started dating, she said, “I wondered when that was going to happen.” At the beginning, I didn’t think it would last – not that I didn’t want to marry him someday, but I thought it was unrealistic that I would marry my first boyfriend. I’m glad we stuck through it, though. :-)

There’s a lot of things I would change if I could go back. I wish we had been less couple-y and less bookend-ish. We underestimated the value of having friends other than each other. I think having been apart for almost 2 years, I can see that a relationship is so much more than hand-holding and alone time. I can also see the value of girl friends and I appreciate those who were willing to put up with me and stick by me to still be close friends today. Eh, we were young and I am glad that we have grown so much in the past four years. Paul brings out the best in me, I think. I hope I bring out the best in him, too. I never realized how rebellious I am or how silly I could be, or how much I cared about people, before I met Paul. I never realized how much of a control-freak I am, and how important it is for me to let others – especially him – have control. He is incredibly patient with me, much more than I am with him. He doesn’t give up and his steadiness is what I need with my extreme emotions.

I feel like 4 years is a long time, and I’m glad our time of dating is coming to an end. These days all that’s running through my head is “I’m marrying Paul!”. That makes me happy. I can’t wait to share my whole life with him. I can’t imagine being with anyone else. 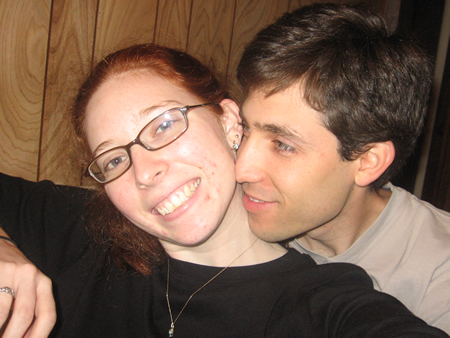