So remember the time I blogged on January 1st and then I didn’t update again for 8.5 months? Heh I definitely didn’t mean to take an extended break, though I make no promises to write regularly again. But, I thought I’d share some news.

Back in June I shared this picture:

Which somewhat explains my blogging silence, as I had a pretty rough pregnancy this time. Also, pregnancy when you have two small ones running around is so much harder I discovered.

Little Miss Mulberry (as we nicknamed her) decided to make her appearance on Labor Day this year, which was a month earlier than expected (35 weeks and 5 days gestation). 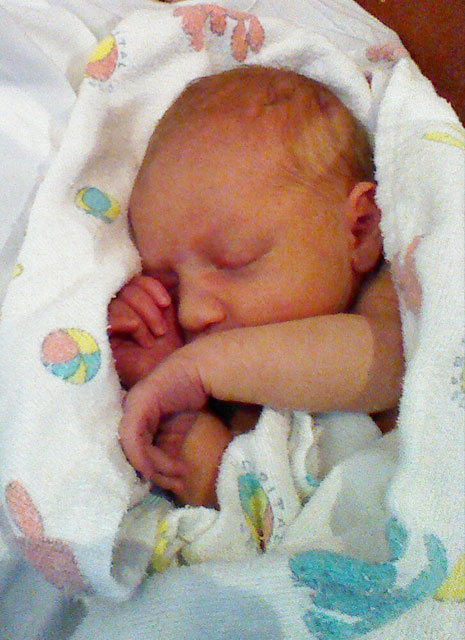 And contrary to the picture I took with my tablet, she doesn’t actually have blonde or red hair. :-) She has MUCH lighter and less hair than her sisters, but it’s still brown. We’ll see what color it settles into as she gets bigger. :-) We’re all doing well and I’ll have some sort of birth story at some point, though it’s not as exciting as the other two.