The weathermen have been predicting snow and ice, and in typical Southern fashion, the people have responded by cancelling school and stocking up on bread and milk. The forecast was for 3-6″ of snow throughout metro Atlanta, which of course is hard to know what *we* will actually get. We live fairly close to the city, and “metro Atlanta” includes more distant towns up to an hour away and in the mountains. So sometimes, *they* will see snow when we see nothing but flurries.

It seems, though, that the weathermen weren’t far off prediction! I am not sure what the conditions are like around the rest of Atlanta, but from my estimating we got about 4″ of snow here! I watched it fall last night – it accumulated really fast! It was so much fun. I took a couple of pictures around midnight: 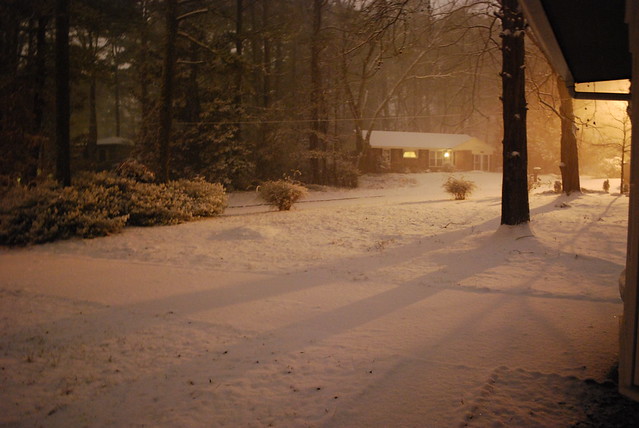 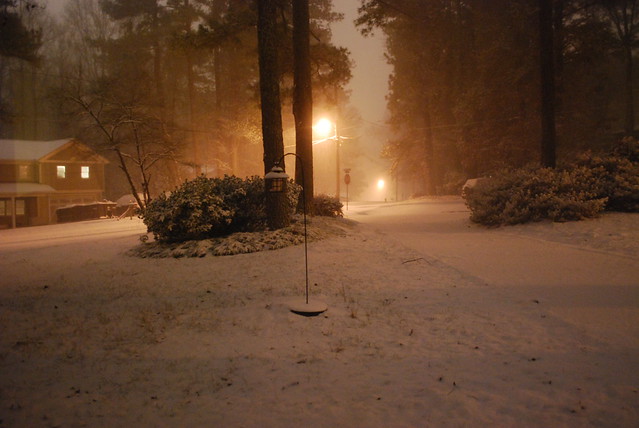 This morning I woke up to these sights: 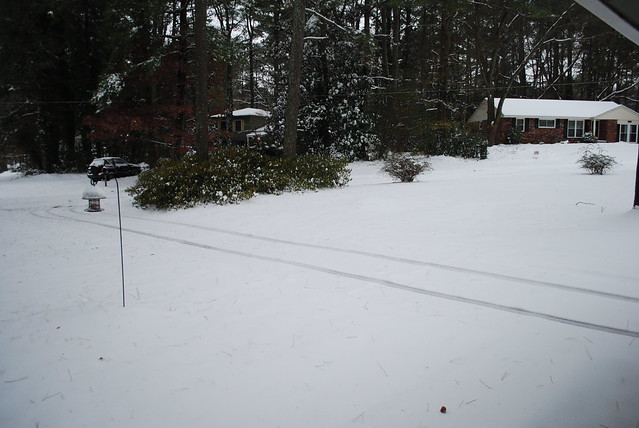 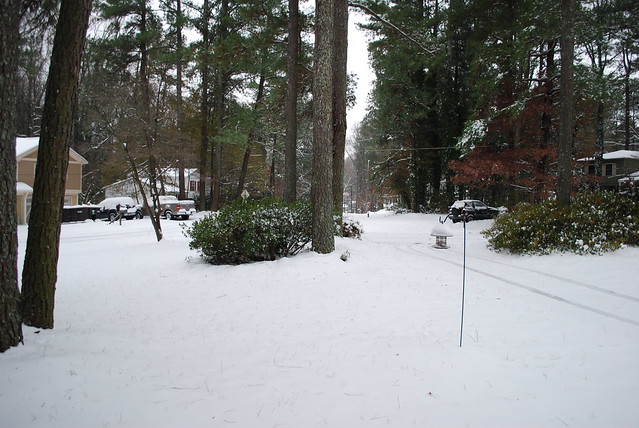 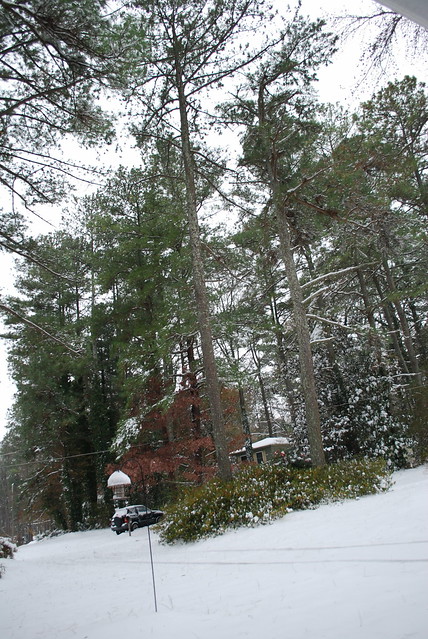 Unfortunately, Paul had to work today. He drove in and said there was *no* one on the road. I think it’s supposed to sleet today, so he’s not sure about getting home. Meanwhile, I haven’t ventured outside yet… The thought of trying to bundle Savannah up overwhelms me, so I am content to sit on my couch where it’s warm and toasty. :-)

One thought on “blizzard!”