What have I been up to lately? 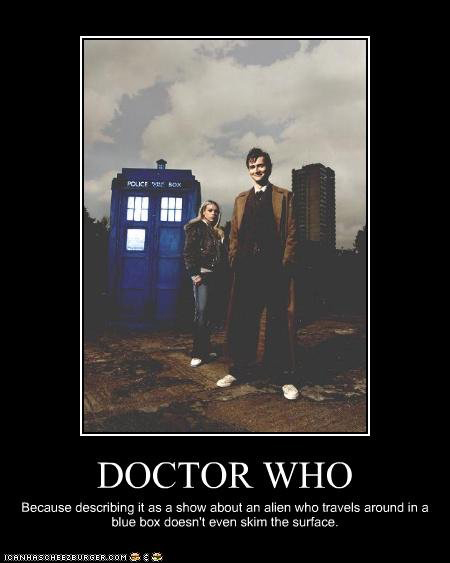 I’ve really been enjoying the TV shows on Netflix. I watched through Bones, How I Met Your Mother, Warehouse 13, and Eureka. If you notice a trend… It only stands to reason that Doctor Who was on my list. They rebooted the show starting in 2005, and I’ve been working my way through all the episodes they have of Netflix. (I would like to go back and watch some of the original series when I’m done.)

I’m at the beginning of the 5th season now, and I love it. I feel that I’m living in a world where the Doctor lives, and it wouldn’t surprise me a bit if a big blue box appeared in front of me and the Doctor pops out. Watching all these episodes certainly is having an interesting effect on my nightly dreams… they have gotten very strange. ;-) 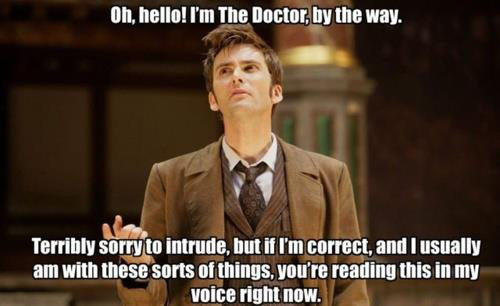 I don’t really have much else to say on the subject… I just felt it was worth a mention since I have spent so much time watching Doctor Who recently. :-) Since this is twentysixcats, it’s only appropriate to close with a meme of Doctor Who + cat. :-) It just made me laugh outloud. (It will only make sense if you’ve seen season 1.) 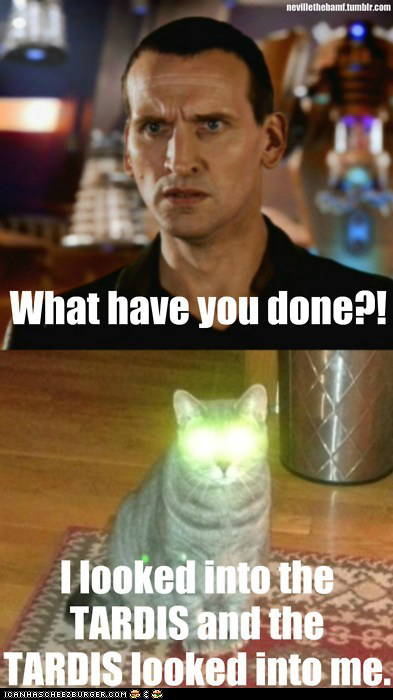 3 thoughts on “visiting with the doctor”