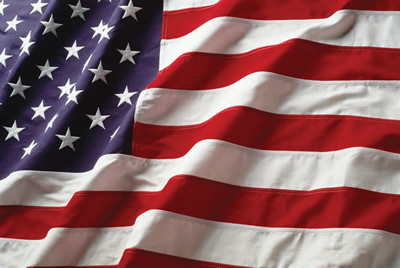 Today marks the 230th birthday of our nation’s flag!

“On June 14, 1777, in order to establish an official flag for the new nation, the Continental Congress passed the first Flag Act: ‘Resolved, That the flag of the United States be made of thirteen stripes, alternate red and white; that the union be thirteen stars, white in a blue field, representing a new Constellation.'”

The flag of our country has stood for a lot over the years. Life, liberty, the pursuit of happiness, freedom. It has a lot of emotional meaning for a lot of people. It’s even the basis of our country’s national anthem.

Oh, say can you see by the dawn’s early light
What so proudly we hailed at the twilight’s last gleaming?
Whose broad stripes and bright stars thru the perilous fight,
O’er the ramparts we watched were so gallantly streaming?
And the rocket’s red glare, the bombs bursting in air,
Gave proof through the night that our flag was still there.
Oh, say does that star-spangled banner yet wave
O’er the land of the free and the home of the brave?

Have a wonderful day! And don’t forget to hang your flag out!